A heart on fire 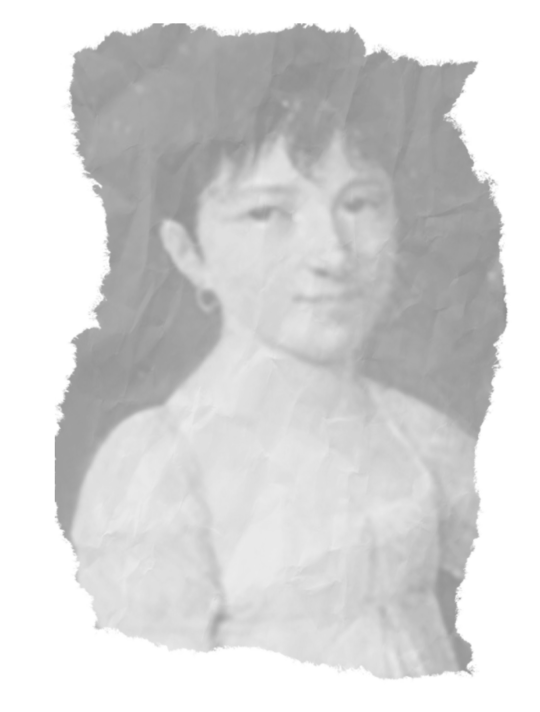 Pauline-Marie Jaricot was born on the 22nd July 1799 into a family of rich Lyon silk merchants. She lived out her childhood deeply loved and imbued with the living faith of her parents. As an adolescent, she was pretty, worldly and flirtatious, and let herself be seduced by “worldly illusions”. But the young girl had to endure the trial of the sickness of her mother and her passing away… 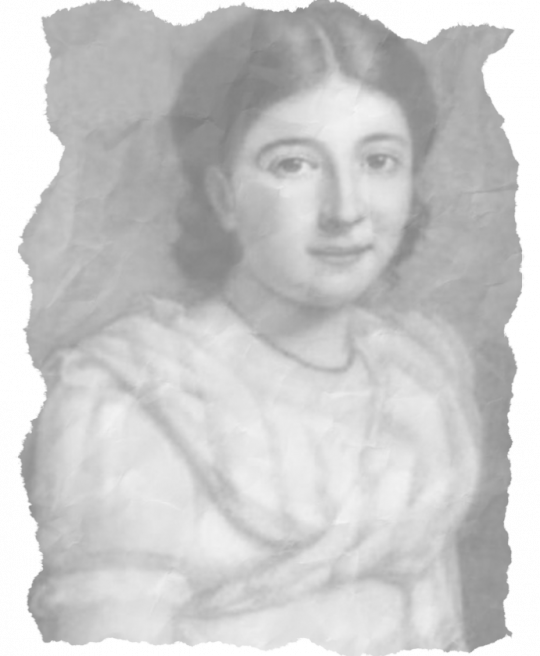 Following a sermon on vanity which she heard in the church of Saint-Nizier in Lyon, she experienced an interior transformation and changed her life radically : she let go all her jewellery, decided to dress simply like working women and began to visit and take care of the poor. Her conversion led her, on Christmas Day 1816, to make a private vow of chastity in the chapel of Our Lady of Fourvière. 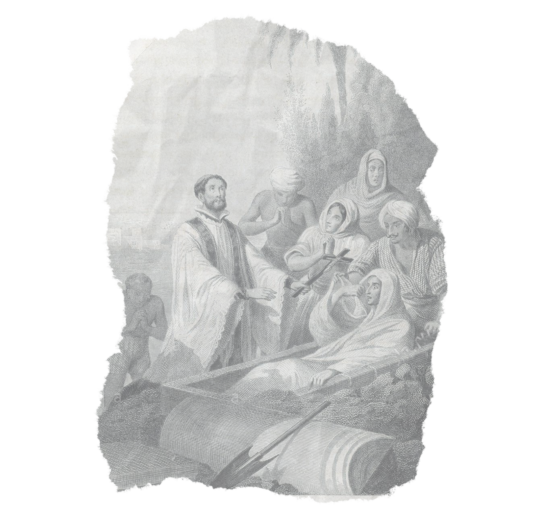 1819 - A new outlook on being missionary

Having learned of the critical situation of the Missions in the world, she decided to contact missionaries, to make known their needs, and carry them close to her heart through prayer and material help. And so, at the age of 19, she established “the collection of a penny for the missions” among the women working in her father’s business, and so launching the first social missionary network. In “tens”, “hundreds” and “sections” the donors met to hand over their penny and exchange news about the missions, and in their turn creating more “tens”. The system became before long a solid institution with the creation of the Propagation of the Faith in 1822 and before long it had spread widely throughout France, then Europe, then throughout the whole world. 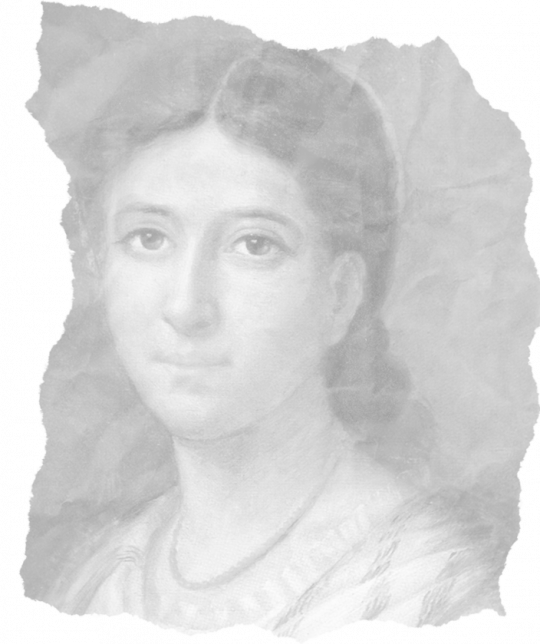 At twenty seven years of age, Pauline had another brainwave to encourage her contemporaries to live their faith… The Living Rosary grouped its members in fifteens, being in spiritual communion with one another, saying a decade of the Rosary – at that time a Rosary had 15 decades in order to pray together the whole Rosary. It was a renewal of the rosary prayer, rooted in meditation on the Gospel, wanting to contemplate Jesus through the eyes of Mary. By the time Pauline Jaricot died, there were more than two million devotees of the Living Rosary in France, without counting the numbers in other countries. The movement is still alive and well in very many countries. 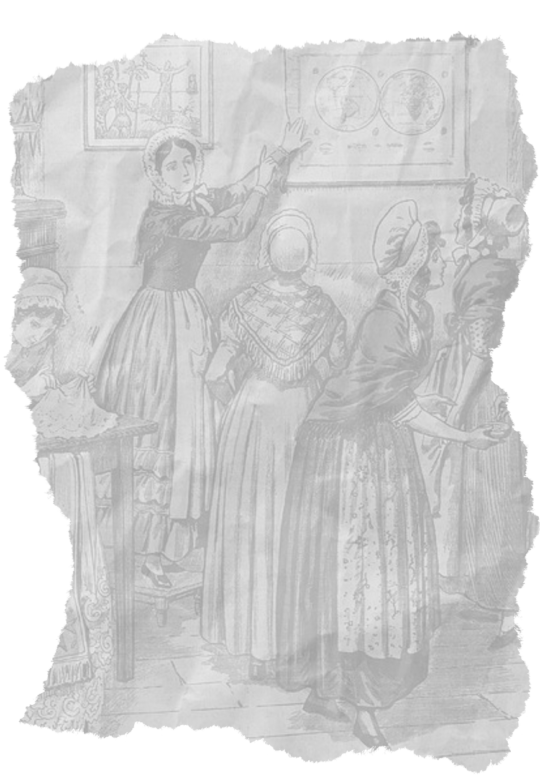 1833 – Foundation of the Loretto establishment

Pauline built up a community of young pious girls, which she called “the daughters of Mary” and half way up the hill of Fourvière she established with them a house which she called Loretto, thinking of the house of the Holy Family. This house, with its memories of the Holy Family, its atmosphere of prayer and mission, still welcomes pilgrims and visitors from all over the world.

« Unite yourself with this mission ; pray and encourage others to pray. » 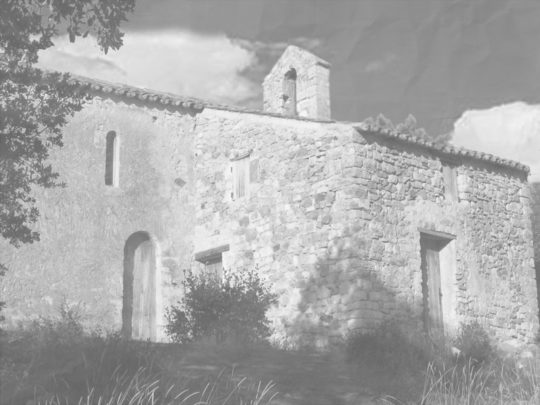 Though sick, Pauline left for Rome where she got a visit from Pope Gregory XVI who encouraged her involvement in evangelisation and the life of prayer. She made a pilgrimage to Magnano in the south of Italy, to ask the intercession of St Philomena. She returned to Lyon fully cured and saw to the building of a church in honour of St Philomena.

During the Canut revolts (revolt of the Lyon silk workers), and the troubles which fermented in the city from 1830 on, Pauline was very sensitive to the misery of these working and living in atrocious conditions. She prayed with and ministered to the wounded, even putting herself between the rioters and the troops. She understood that improving the conditions of life and work was a necessary condition for evangelisation and so, using her own fortune and collecting funds, she set out to establish a model factory. She bought an industrial site at Rustrel in the Vaucluse area and launched it under the name of Our Lady of the Angels. She put the management of the factory into the hands of businessmen who swindled her and brought about the collapse of the whole enterprise. 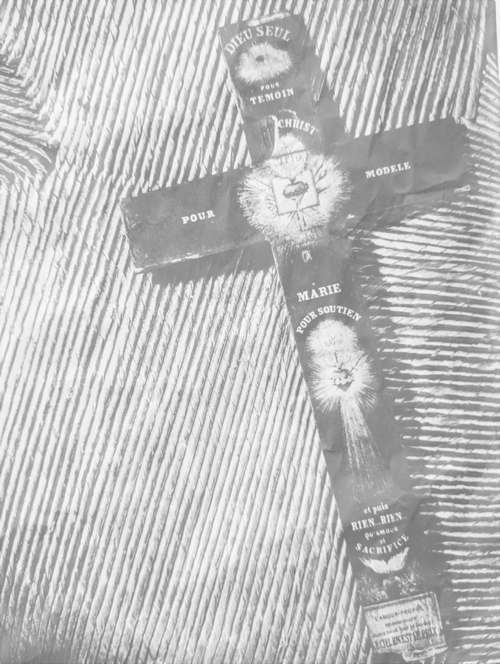 Pauline finished her life ruined and discredited. She travelled through the whole of France to try and raise funds to repay the savers who had supported her project and she came very near to succeeding totally. She died in total destitution on the 9th of January 1862, while the missionary and spiritual enterprises she had founded still shone a bright light throughout the whole world. 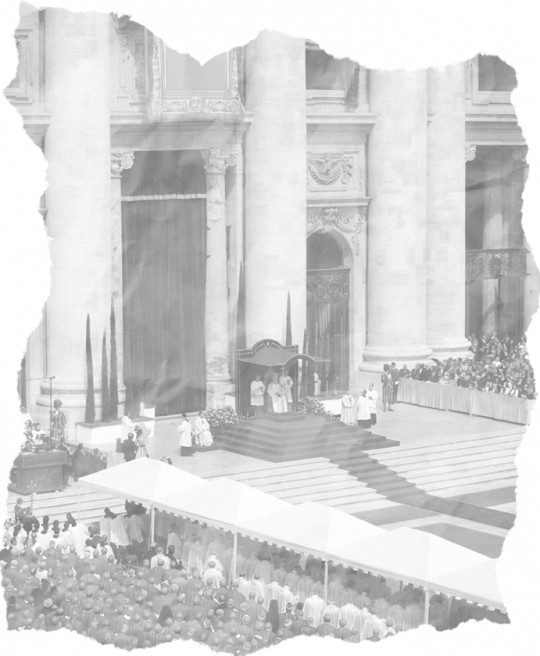 1926 - Opening of the cause for her beatification

In 1922, just a century after its foundation, the work of the Propagation of the Faith inspired by Pauline was raised by Pius XI to the status of a pontifical work and saw its seat transferred to Rome. In 1926 the same Pope paid homage to the missionary genius of Pauline and introduced her cause of beatification. For the first time, the whole Church was called to celebrate the Sunday of Universal Mission, the second last Sunday of October.

The 3 leitmotifs of Pauline's life

Over and above the living Rosary of which she is the founder, the whole fruitfulness of Pauline’s life is anchored in her prayer, and she sums up her work in the invitation she addresses to us today : “Unite yourself to this mission : pray and encourage people to pray”.

Take part in the mission to evangelise

“I have loved Jesus Christ more than anything else in the world and, for His love, I have loved more than myself all those who are  burdened or suffering”.

Pauline was able to discover, with her penny for the Missions “a project, a way in which anyone at all is able to support the evangelisation of the world. You can join in this mission in giving a gift today to the Pontifical Missionary Works.

« Fifteen coals, only one is burning brightly, three or four are half alight, and the others do not burn at all.  Come close. They are all meant to burn, and burn brightly!” Like Pauline, the Lord is calling us to live as his witnesses and proclaim his way!

Commit yourself to this mission

The house of Loretto

The house of Loretto, which is in Lyon on the Fourvière hill, 42 bis, montée Saint-Barthélemy, is today owned by the PMS. It is open to everyone, its calling is to be a place of memory, of prayer, of mission, for the Church of the whole world.

To discover Pauline's itinerary and recollect herself in the room where she lived her last moments,

With a community that provides spiritual animation for the intentions of asking for graces or healing through the intercession of Pauline, Masses and the prayer of the Rosary.

Place of mission and evangelization

The house is a place of discovery of the missionary activity of the Church. It is also the theater of festivals and cultural events. It is open every day from 9:30 a.m. to 12:00 p.m. and from 2:00 p.m. to 6:00 p.m., except Sunday morning and Tuesday.

Like Pauline Jaricot, we are called to spread the message of the Gospel to the ends of the earth, through prayer and sharing. Carry out the action of Pauline by praying for the universal Church and by supporting the Pontifical Mission Societies!